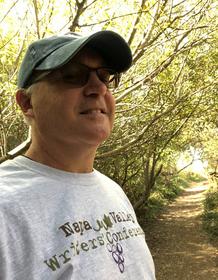 ECOPOETICS  is defined by the Poetry Foundation as follows:

​Similar to ethnopoetics in its emphasis on drawing connections between human activity—specifically the making of poems—and the environment that produces it, ecopoetics rose out of the late 20th-century awareness of ecology and concerns over environmental disaster. A multidisciplinary approach that includes thinking and writing on poetics, science, and theory as well as emphasizing innovative approaches common to conceptual poetry, ecopoetics is not quite nature poetry.

My poetry is heavily influenced by my profession as Civil Engineer specializing in the field of Environmental Engineering. My work, even when it involves healing the land, involves restructuring the land. As such, whenever I look upon nature I see human influence. My poems are written in the idiom of the built world, where black-crowned night herons share the stage with sewage treatment plants.

Currently I'm pursuing three ecopoetics strategies in my own work: (1) finding the "low" as well as the "high" elements of nature (think here "sewage treatment plant" and "black-crowned night heron"); (2) using all the senses (the human species relies to a larger extent than other species on the sense of sight, so we can become more animal-like by awakening to all senses); and (3) seeing human influence in landscape even when humans are absent (the freshly mown lawn or rose garden are two examples).

I wrote an ecopoetics paper as my MAH thesis on the topic of how to write an ecologically aware poem about global warming. The paper is entitled "Introducing Godzilla to Marianne Moore's Octopus of Ice at the intersection of Global Warming, Environmental Philosophy, and Poetry." Find it here: